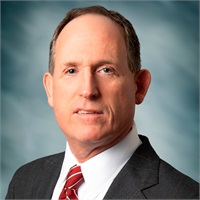 Karl Oman is a Senior Pension Consultant responsible for the calculation and review of actuarial liabilities for defined benefit pension plan clients of BCG Pension Risk Consultants. With 25-plus years of experience performing actuarial calculations, Karl brings to BCG a broad and deep understanding of how to accurately value plan benefits in the annuity purchase market.
Karl started his career in 1986 with The Wyatt Company, an actuarial consulting firm, which eventually became part of Willis Towers Watson. After five years with Wyatt, he left to pursue his doctorate and an academic career in mathematics. Karl was an Assistant Professor of Mathematics within the Mathematics and Computer Science Department of Thiel College, a small college in western Pennsylvania. After five years with the college from 2000 to 2005, he returned to the pension actuarial profession with Aon from 2005 to 2008 and progressed to the level of Senior Retirement Consultant through positions with RSM McGladrey, Inc. from 2008 to 2013 and a return to Aon Hewitt from 2013 to 2016 before joining BCG.
Karl graduated from Michigan State University with a BS in Mathematics (1984) and from Wayne State University with a Ph.D in Mathematics (1998). He holds the actuarial designations Enrolled Actuary (2009) and ASA (1994). Karl is not affiliated with any insurance company as an agent.